“I have never seen a presenter invite an audience in to experience the real emotions of his own real life experience. The way Darren presented made us all feel as we were actually there with him. At times we cried, at times we laughed, he was the best presenter I have seen in twenty-five years. That night Darren also joined us for dinner and he was swamped by both members and suppliers alike who merely wanted to speak with this guy and thank him for sharing his story.”

Despite his recognition as a true hero, Darren Flanagan remains humble and exudes an aura of kindness and gratitude. Meeting Darren is like conversing with an old friend, and it’s plain that Flanagan is a down-to-earth man of depth and integrity.

Recently presented with a National Bravery Awards medal, Darren is candid about the impact of the Beaconsfield mine disaster on his life. Darren, as well as the others involved were significantly and eternally affected by their role in the rescue mission. In his presentations, Darren now speaks about the very real issues of mental health that can follow such a traumatic ordeal. By addressing these issues, he hopes to spark a broader conversation, encouraging those who’ve suffered to reach out to others. In particular, Darren emphasises the importance of genuine and open camaraderie between men, intimating that the typical “tough guy” approach can be isolating.

Darren Flanagan’s presentations focus not only on the rescue story and mental health awareness, but take a broader approach to workplace and organisational considerations. Darren is able to tailor his presentations to meet the needs of each group, but he always speaks on topics which are of great personal importance to him. Overarching themes of his talks consistently concentrate on resilience, perseverance, effort, bravery, innovation, connection, teamwork, and a positive spirit. 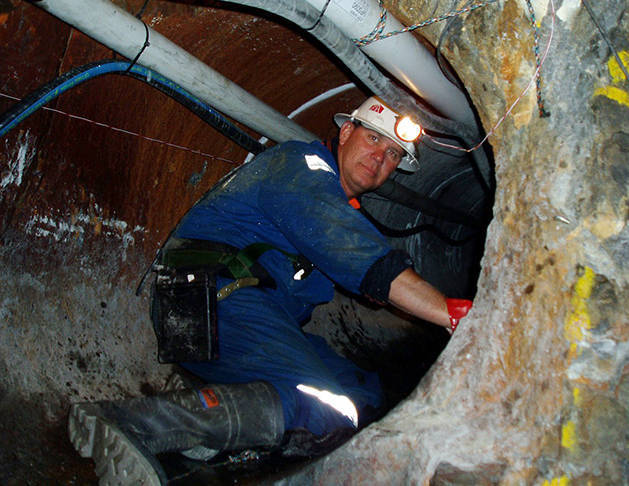 Working at incredible depths, Darren Flanagan systematically detonated the 70 explosives that would eventually free Brant Webb and Todd Russell. This was an incredibly risky endeavour that, according to Darren, took all the strength he had. With little option left, Darren and the other rescue workers decided to use a procedure that had never before been attempted. Showing incredible fortitude under pressure, Darren successfully completed the process, communicating with the two trapped men via a phone system and becoming a true hero. Now, Darren Flanagan humbly shares his experience with the world, and shines a light on the unsung heroes who assisted with this miraculous rescue.