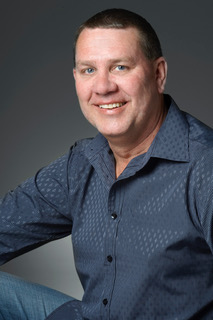 On an April night in 2006, Darren Flanagan was at home in Nowra when he received a phone call that would irrevocably change his life. An accomplished miner and explosives expert, Darren’s services were requested at the site of a collapsed Tasmanian gold mine. Flying immediately to the site, Darren prepared to help save the lives of two men who were trapped nearly 1km beneath the surface. This was an ordeal that would affect him deeper than he knew.

The name Darren Flanagan gained national recognition through his critical role in the Beaconsfield mine disaster. Darren was instrumental, heading far underground and operating more than 70 individual explosives over a period of 30 straight hours. Two weeks after the collapse, the rescue mission was successful (with Darren at the centre of it) and the grateful and exhausted miners walked free.

Following this harrowing event, Darren Flanagan realised how tremendously affected he’d been. As he dealt with the pain and trauma of such an ordeal, Darren was moved to share his story with others, shedding a deeper light on what had happened, and looking for ways to communicate the story’s essential message of hope and resilience.

Darren Flanagan now travels throughout Australia as a highly-respected motivational speaker. With the mining disaster at the heart of his presentations, Darren speaks on topics such as risk management, teamwork, mental health, workplace safety, and perseverance. Darren recounts the tale of the rescue itself with raw emotion, bring a level of grit and humanity to the story that is profoundly impacting.

Darren Flanagan speaks to businesses, organisations, and groups of all kinds, across all industries. If you’re seeking an authentic and powerfully inspirational speaker, Darren will motivate and encourage your team, sharing lessons and wisdom that will forever transform you.

Darren was extremely moving speaker. He was very emotional and honest. He made us laugh, cry, laugh and cry again. Evaluations from our delegates rated Darren an average of 5 out 5 with some putting 5++++. Darren was perfect for a Safety Conference and speaking to Safety Professionals.

Darren was a fantastic choice for us. His story was truly inspirational, so genuine and real. His honesty and openness was so moving. It was an absolute privilege to hear his story. Our team took away some very real messages.

To say it was an interesting, absorbing and dramatic presentation would not be doing it justice. His talk was electrifying, emotional and detailed….His description of the rescue operation and the conditions the miners survived in, made us all understand, not only the enormity of the operation and the delicacy of the final preparations to break through to the miners as well as the extreme conditions that rescuers and rescued were sharing but how the Aussie spirit shone through. As well as privileged, we were enthralled, thrilled but most of all thankful to have such a dinkum, brave Aussie speaker to share his extreme experience with us.

Darren’s story is amazing – everyone in the room felt like they were there. Darren made our audience laugh, cry, but most of all realise how amazing we all can be. His story is truly memorable.

Looking for a compelling inspirational speaker to make a difference in your organisation?